Haim Hazaz was one of Israel’s greatest authors of all time. He was the first laureate of the Israel Prize for Literature (1953) and one of the prominent intellectuals who shaped Israeli culture.

Haim Hazaz was born in Russia in 1898. In the wake of the Bolshevik Revolution and the ensuing civil wars, he made his way to Turkey, and from there to France. During his nine years in Paris, he devoted himself to his literary work and achieved recognition as a leading Hebrew language writer.

In the spring of 1931, he immigrated to Palestine and settled in Jerusalem. For sixteen years, he moved from one Jerusalem neighborhood to another. Thus, he became familiar with various Jewish communities, and especially with Yemenite immigrants, among whom he lived. His two great novels portraying Yemenite life, Thou That Dwellest in the Gardens (translated into English by Ben Halpern and published under the title Mori Sa’id) and Yaish, were inspired by this turbulent period in his life.

Other major works that were translated into English include: the play, The End of Days, a drama taking place against the backdrop of the Messianic movement in 17th century Germany, and the novel, Gates of Bronze, which gives a panoramic vision of the shtetl's disintegration in the maelstrom of the Russian Revolution.

Many of his short stories were also translated into English, some of them published in the acclaimed collection, The Sermon and Other Stories.

Hazaz’s works often include philosophical discussions articulated through highly structured scenes and carefully controlled characterization. His fiction portrays Jewish life in various diasporas, from Russia to Yemen and from France to Turkey. Hazaz also pays homage to the Land of Israel, and the city of Jerusalem in particular. The depth of Jewish history also finds expression throughout his work. 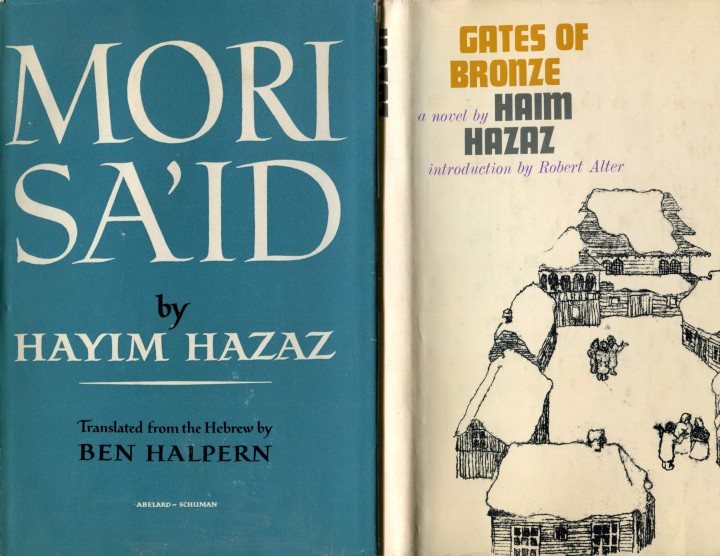 In its variety of characters and plots, in its nuances, colors, shades and sweeping topics, this is the broadest narrative ever created by a single Israeli author, and it bears the unmistakable emblem of classic Jewish literature.

Haim Hazaz passed away in 1973, in Jerusalem, the city where he lived and worked most of his life. His works, which were translated into numerous other languages in addition to English, won him honorary degrees and worldwide fame.

In 1951, Hazaz married Aviva Kushnir (née Ginzburg-Peleg), his right-hand in his endeavors as an author and public figure, and an impressive intellectual in her own right. Hazaz bequeathed his literary inheritance to his wife, and entrusted her with the preparation of his unpublished manuscripts for printing.

About the Haim Hazaz Memorial Foundation

The Haim Hazaz Memorial Foundation is housed in the historic building where Aviva and Haim Hazaz lived, in the heart of Jerusalem’s Talbiyeh neighborhood. The Foundation’s premises, located on one of the city’s most beautiful streets, incorporates a literary museum, as well as an archive that contains all of the author's writings, along with other archival collections. 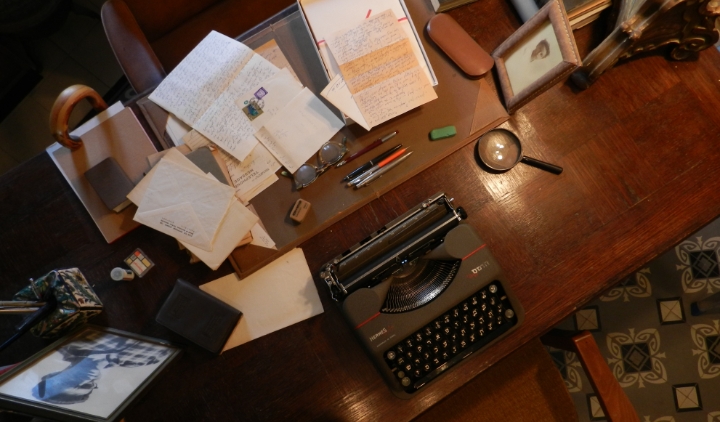 Our main areas of activity are publication of manuscripts from Haim Hazaz's estate, research into his literary legacy, and organization of cultural and educational events.

The Haim Hazaz Memorial Foundation’s premises are open to visitors, students, researchers, and scholars, and offer a wealth of activities and information to those interested in the author’s life and legacy.

Additionally, the Haim Hazaz Memorial Foundation plays an active role in Israel’s cultural scene, collaborating with many other institutions in Jerusalem. This includes the publication of academic research about the works of Haim Hazaz. We also hold cultural events on an ongoing basis, such as seminars for university students, workshops, and literary evenings dedicated to Hazaz's novels.

Our educational and cultural activities include guided tours of our premises for school children, university students, and tourists. A highlight of these tours is often a visit to Hazaz’s study, which has been restored as it was during his lifetime.

The Haim Hazaz Memorial Foundation’s rich archive includes numerous unpublished manuscripts by Haim Hazaz. The author's widow, Aviva Hazaz (1927-2019) was dedicated to releasing these works to the public. During her lifetime, she published five volumes of prose from his estate, and prepared two more for printing. Today, we are involved in the ongoing endeavor of printing Hazaz’s unpublished works. This is a painstaking effort executed to academic standards; it involves deciphering handwritten manuscripts, comparing versions, and annotating the printed texts, to enhance the reader’s experience. We release the works of Haim Hazaz in collaboration with Israel’s leading publishers.

The Haim Hazaz Memorial Foundation’s premises are open to individuals and groups of up to 20 participants, for visits and guided tours. The visit includes admittance to the Foundation’s rich archive of original documents; entry to the exhibit of artifacts, photographs, furniture, and personal objects used by Haim Hazaz; and experiential activities. We also arrange walking tours, from the Talbiyeh neighborhood to Mishkenot Sha'ananim, which is opposite the walls of Jerusalem’s Old City; this tour includes a viewing of the restored study of Haim Hazaz. 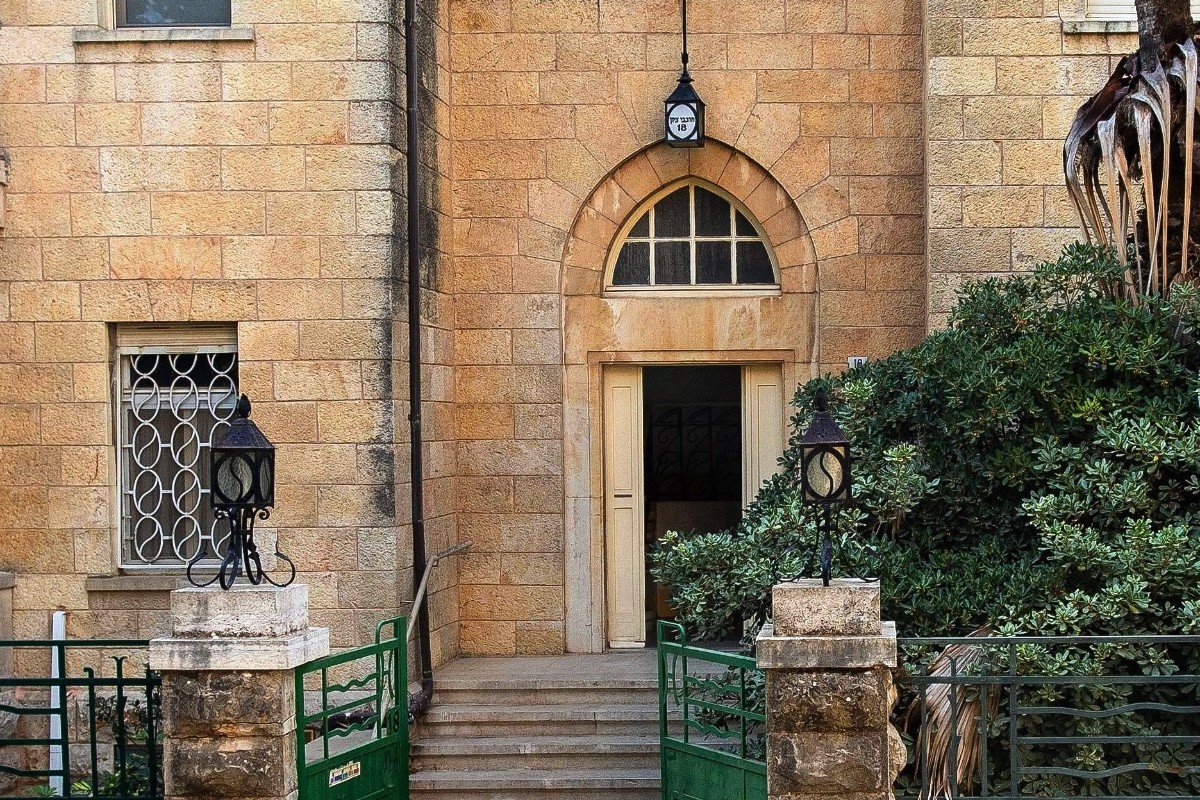 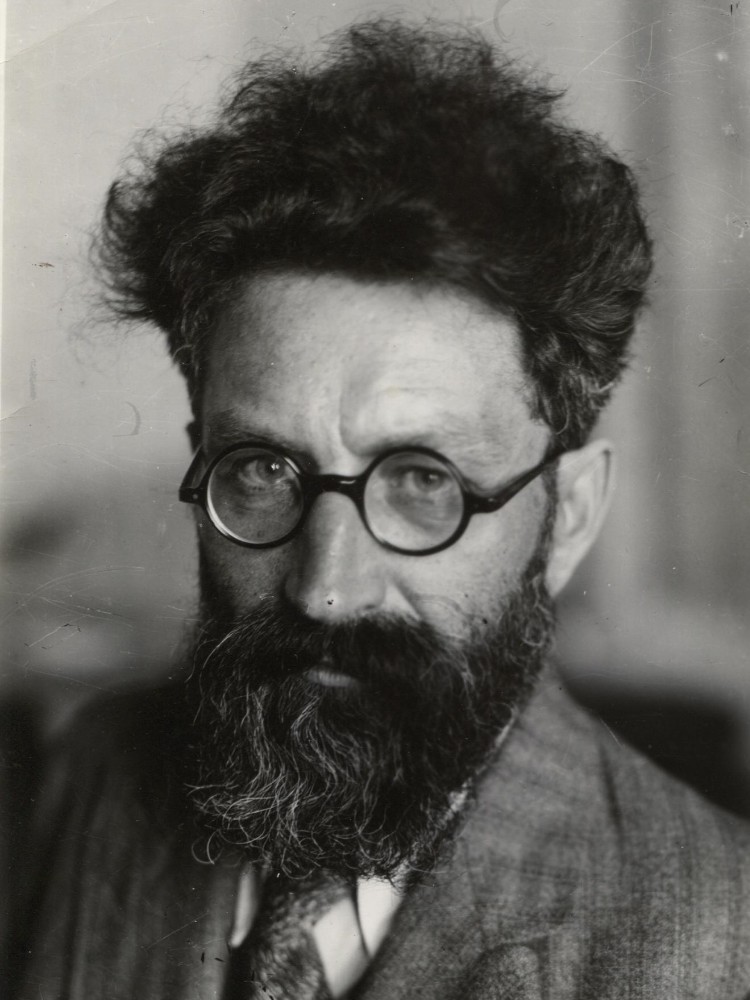